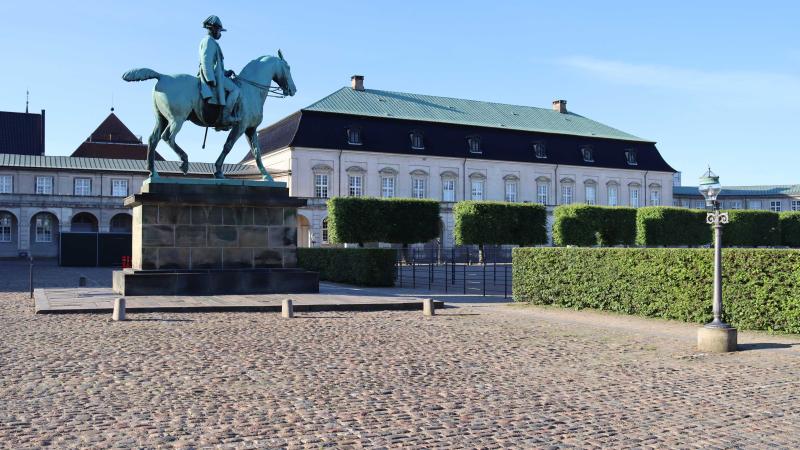 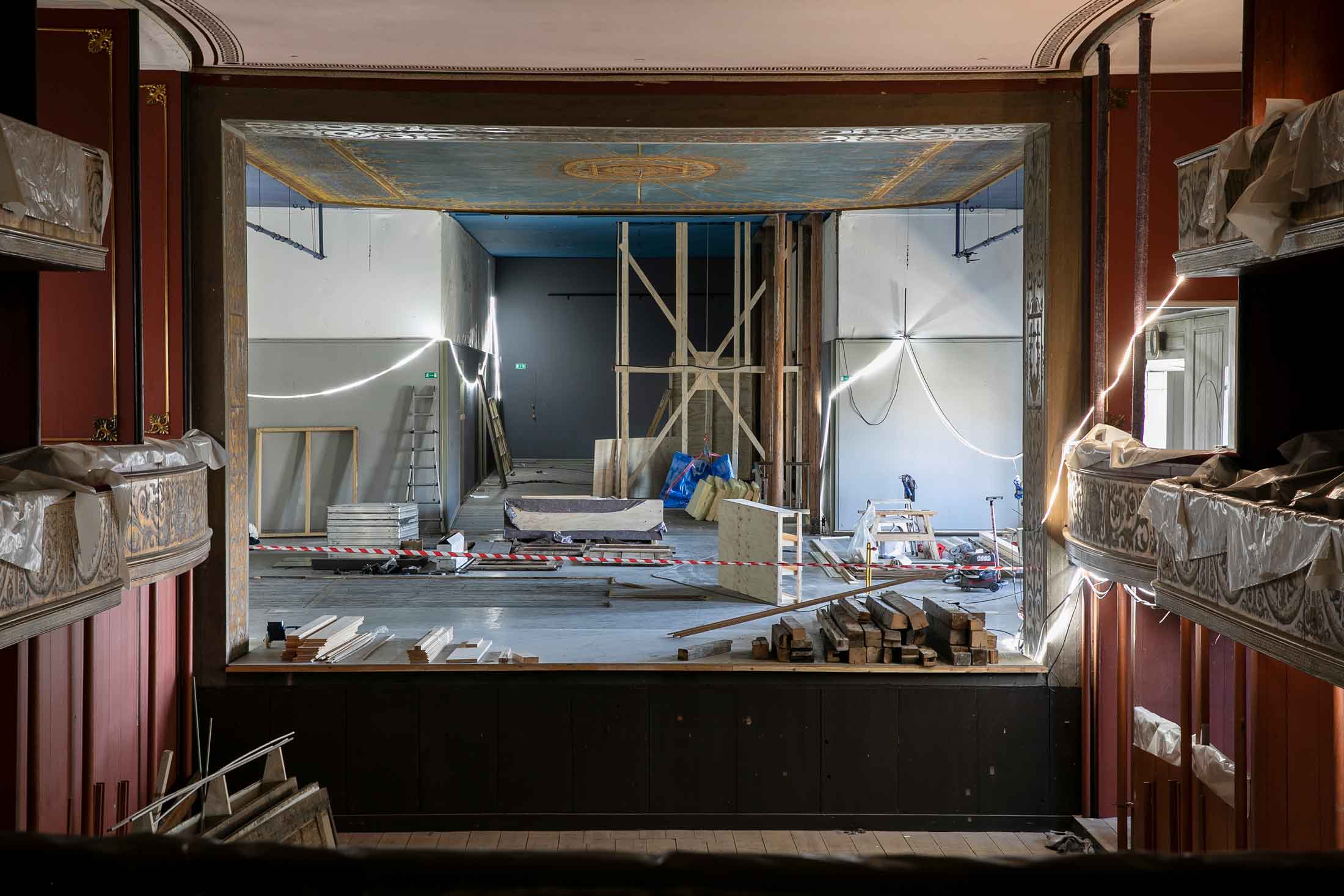 What is The Theatre Museum at the Court Theatre – and where is it?
The Court Theatre is over 250 years old. It opened in 1767 as the king's theatre; Hans Christian Andersen and Countess Danner among others have performed here. Today The Court Theatre is the oldest theatre building in working order in Denmark; at the same time it is open to royals, politicians and artists as well as visitors of any kind.

As a visitor you have access to the entire theatre: to the auditorium, to the sloping stage, to the balconies and the small boxes where kings and queens, princes and princesses have been sitting and are sitting till this day when attending performances and concerts.The Court Theatre includes the Theatre Museum and is situated at Christiansborg Riding ground right behind the Danish Parliament (Folketinget), in the middle of the living history of Denmark – in the middle of Castle Island (Slotsholmen), which for centuries has been an important part of the arts, war, politics and the centre of power. Today The Theatre Museum at the Court Theatre is the centre of a broad spectre of museum-activities and culturel arrangements and events. A short virtual visit in the Court Theatre (video 10 minutes) can be seen below. Read more in the article "Discover the Baroque splendour of Denmark’s only court theatre"

Background
During the 1770s the Court Theatre was an active institution in the development of a political and artistic debate. Having served as arsenal, that is to say a place where you stored weapons, rusting armour and riding gear, in 1766 the building was made into a neoclassical room in pearl grey and gold, where the balconies were supported by 22 columns, typical of the time and in the style of other European court theatres. Today you still find traces of the original neoclassical theatre in the entrance and in the foyer. In the early 1840s the last absolute king, Christian VIII arranged for the Court Theatre to be renovated and transformed it to a Biedermeier interior of red velvet and lodges, as you still can see it in the auditorium. » Read more about the Court Theatre and the Theatre Museum here 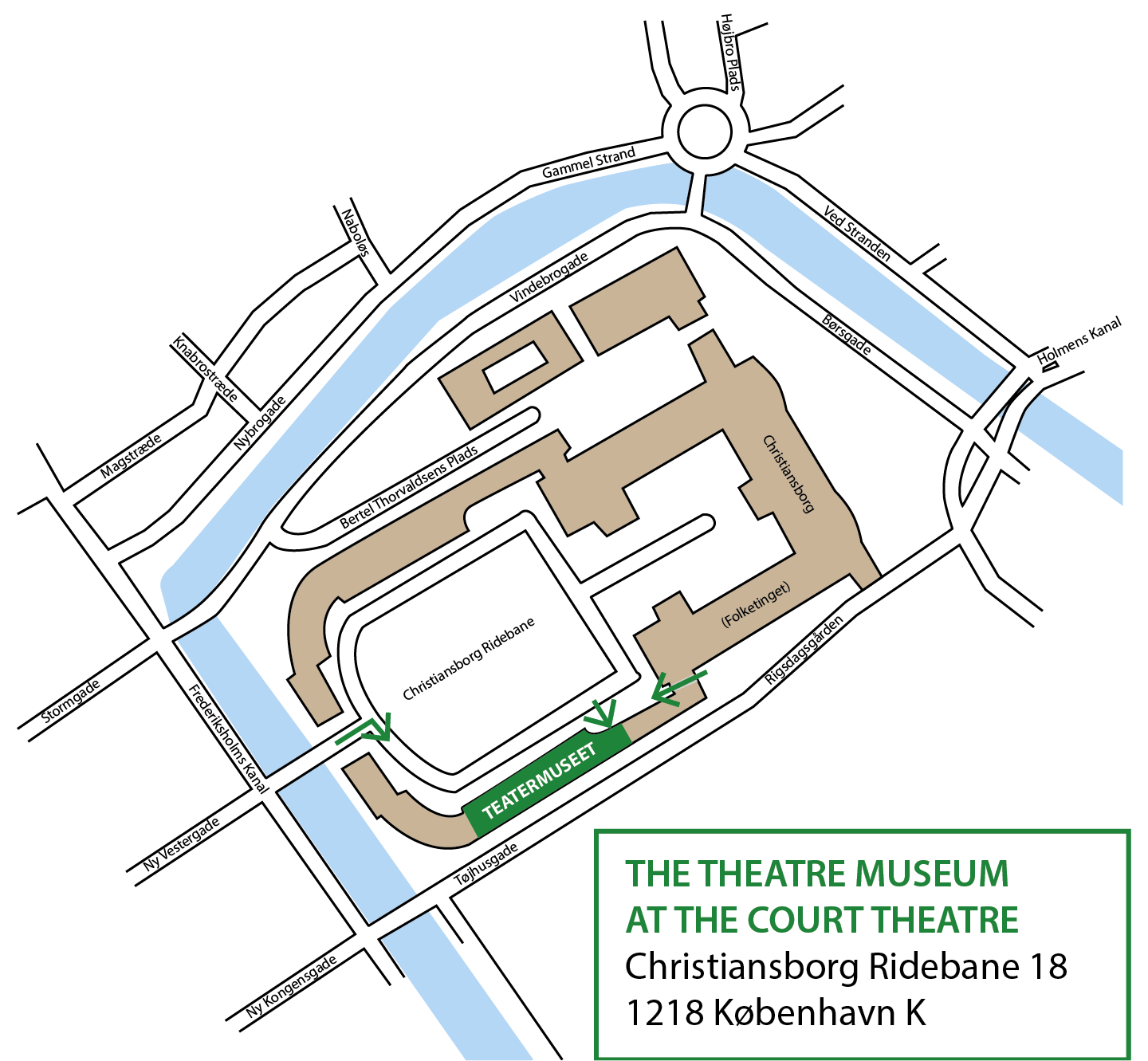